At African Bush Camps when we break new frontiers we try our best to make a positive impact on the community and wildlife in the environments in which we operate. The plight of the rhino is an ever-increasing phenomenon. It is one that is close to home and one that we feel passionately about. This year we partnered with Brandon Challis and Prestwich Primary School to spread the message of conserving these gentle giants to the younger generation through the beauty and expression of art. 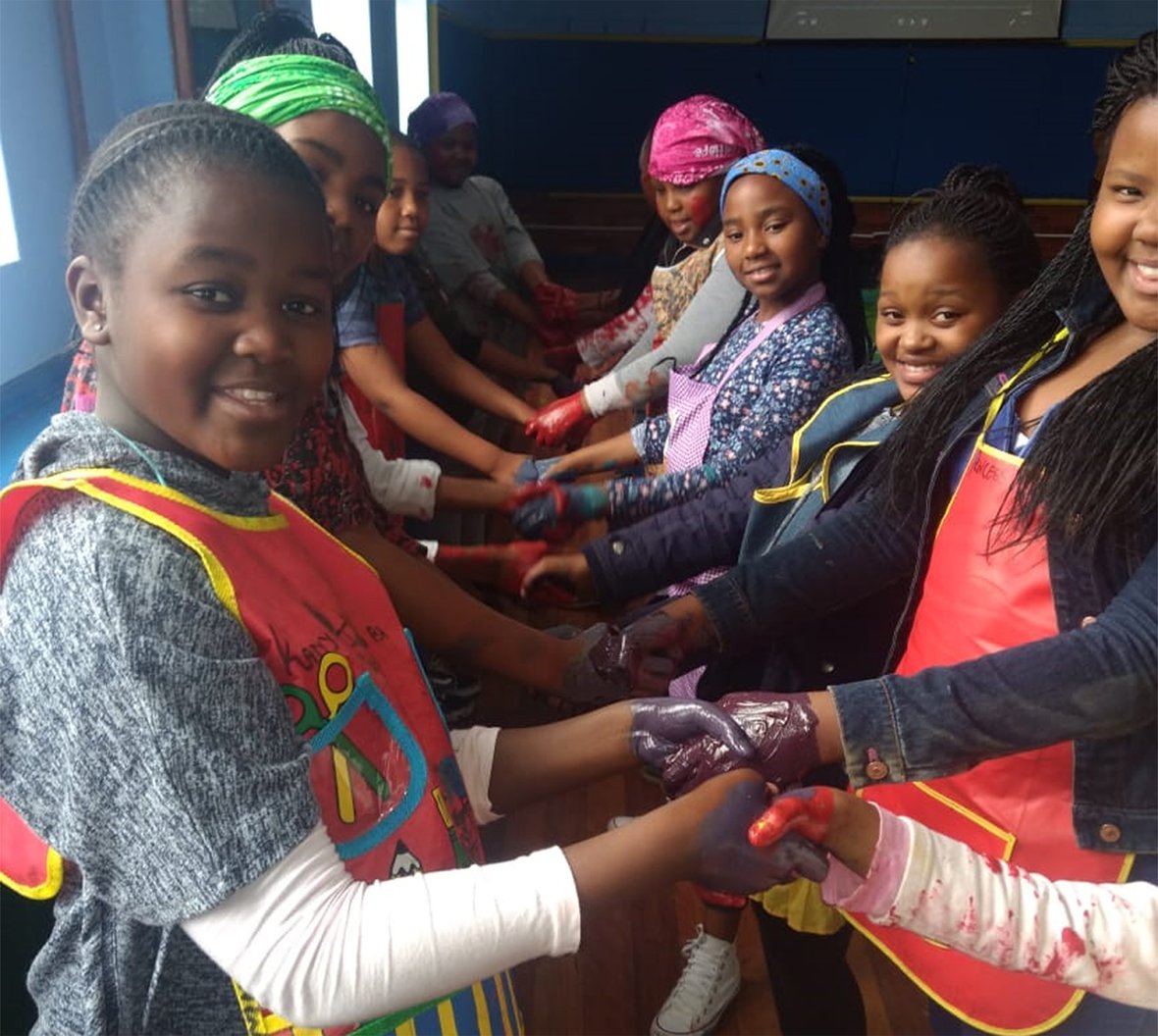 All You Need to Know About Rhinos

A group of rhinos’ is aptly called a ‘crash’ as you can imagine them crashing through the bushveld. There are 5 species of rhino, two found in Africa and three found in Asia. At the beginning of the 20th century there were 500,000 rhinos’ in the world, now, only a few years later, only 25 000 remain and in South Africa we are losing 3 a day! The reason that they are dying out is because of their horn. The horn is considered a symbol of wealth and royalty in Asian countries and keratin, which the horns are made of, is believed to have healing properties. The strange thing is that keratin is the same substance that our hair and nails are made of! 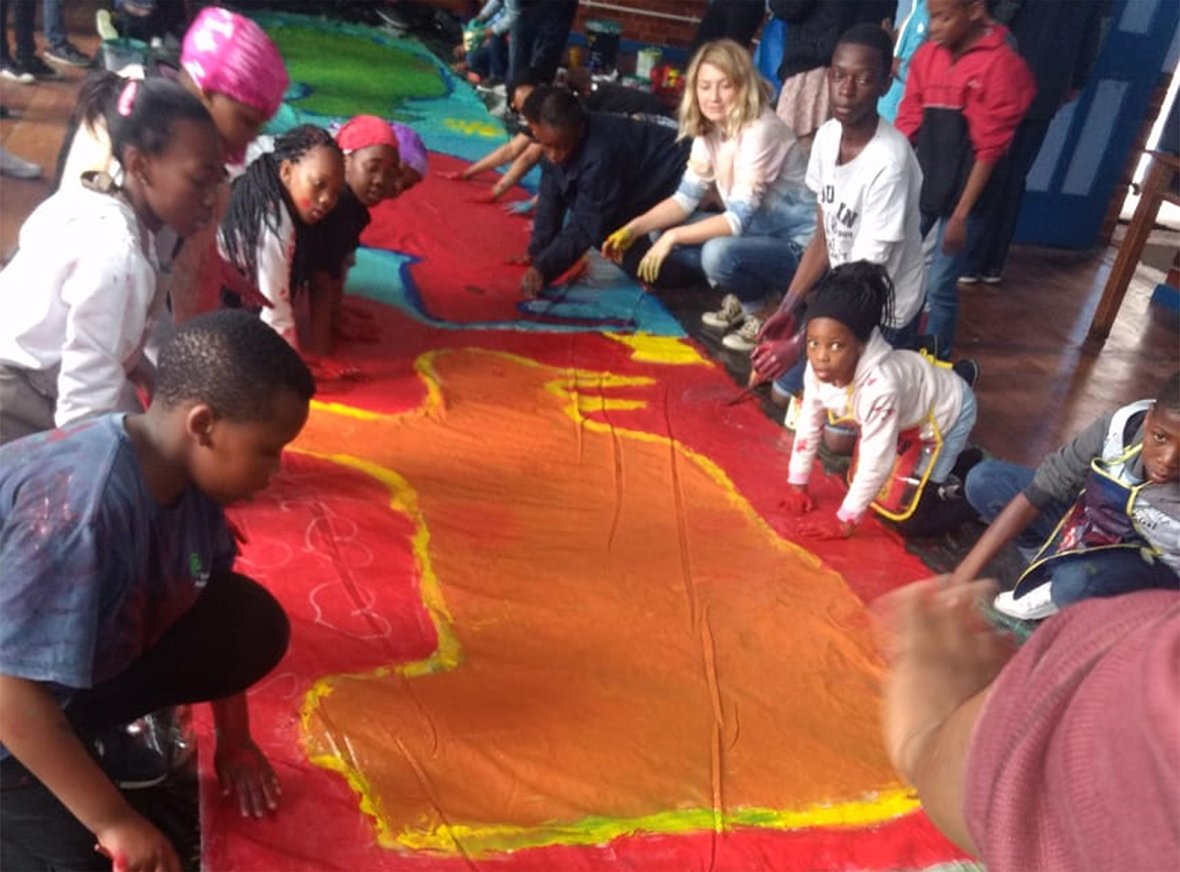 "What does the word rhinoceros mean translated?"
In light of #WorldRhinoDay we visited Prestwich Primary School, the local school near our Cape Town office, to teach the grade 5's about rhinos and the importance on conserving them for future generations.  We gave them a presentation, followed by a pop quiz on what they had just learned which rhino cookies as prizes (because cookies always help us learn). 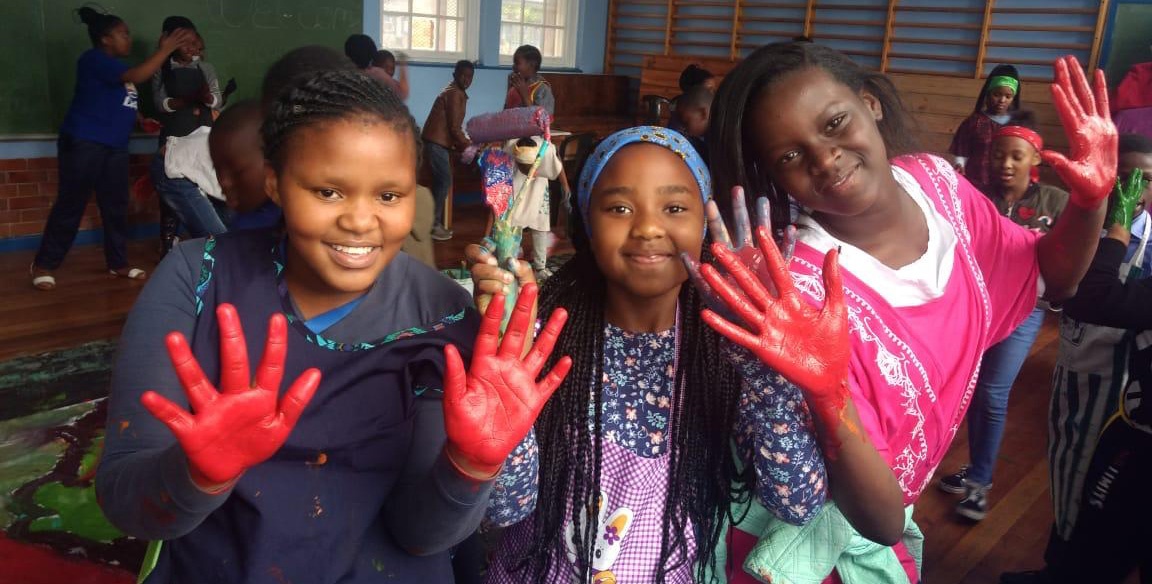 You learn best when you are practically involved

To take this one step further, we decided to get our hands dirty. We invited Brandon Challis to join us. Brandon is striving to paint the largest rhino painting in the world, and break the world record of Largest Rhino Canvas in the world, that will span over 2 soccer fields! It will be the largest painting ever created (scaling 1 hectare or 10000 square meters), and all made up of 1200 life size Rhino paintings contributed by the public around the world. He told us, “The idea is to send this giant canvas to Asia, from the hands of African children to the hands of the Vietnam children and hopefully educate the younger generation, who will pass the message to their parents and raise awareness from the core”. Find out more about this wonderful initiative on his Facebook page.

Thank you to the enthusiastic and artistic grade 5's at Prestwich and the calm teachers in spite of the chaos and thank you Brandon for the amazing initiative!